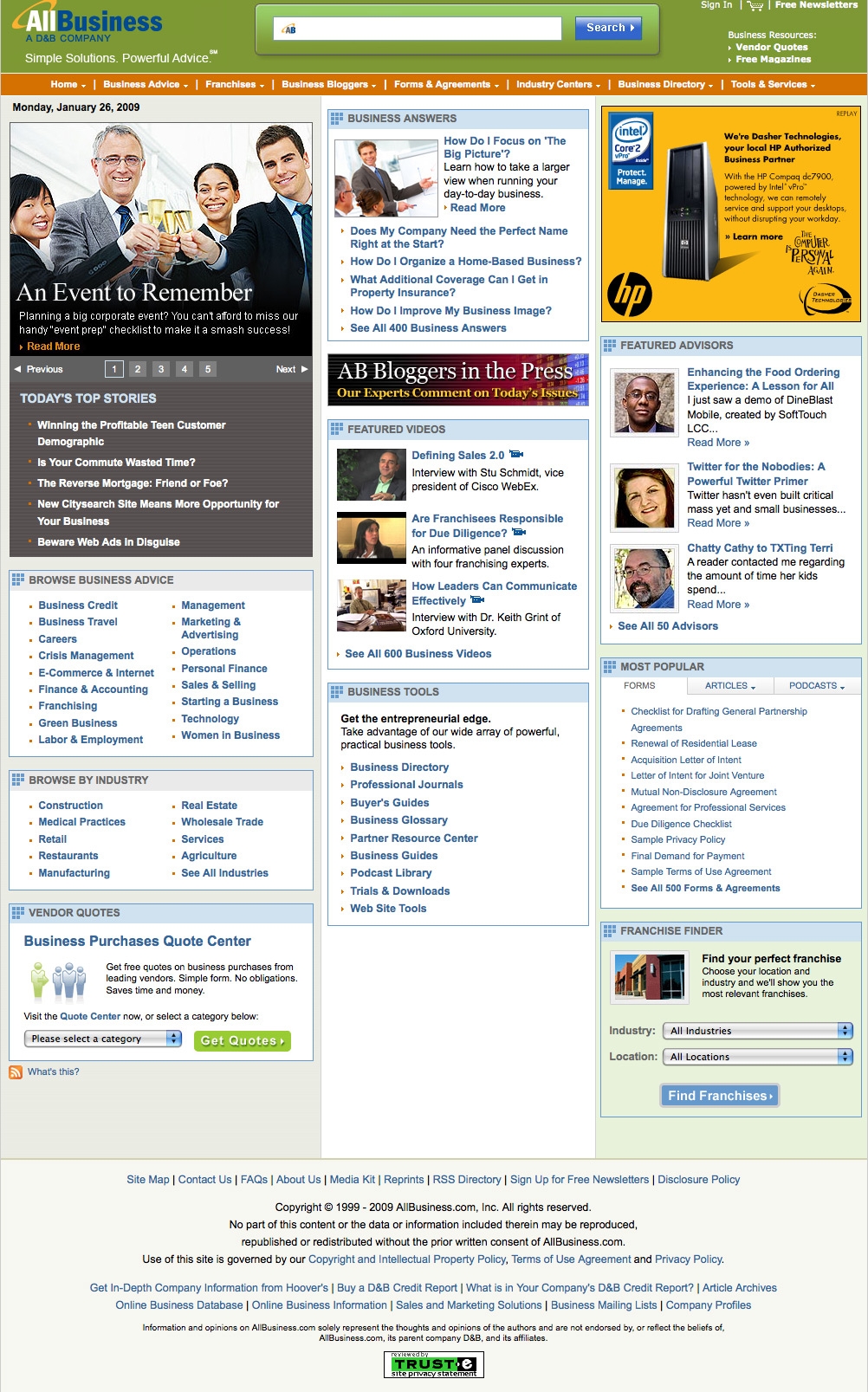 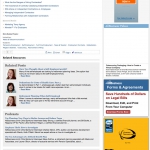 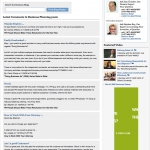 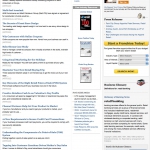 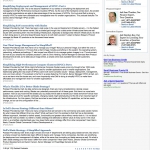 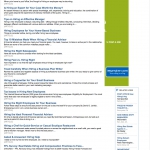 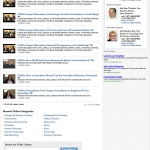 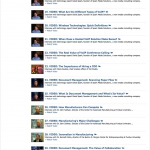 AllBusiness.com is a large web portal consisting of 7 million plus original and licensed articles aimed at small and medium businesses.

I began as a front-end developer and assisted in the maintenance of the CSS and HTML of the site templates, conducted multi-variant testing for the entire site, worked closely with the advertising team in addition to other roles and responsibilities. I later served as Production Manager for the site guiding the development and implementation of new features and content. The site was based on a custom CMS solution so the templates were a close collaboration between our engineers and developers. A great deal of effort was placed on the SEO and SEM aspects of the site.