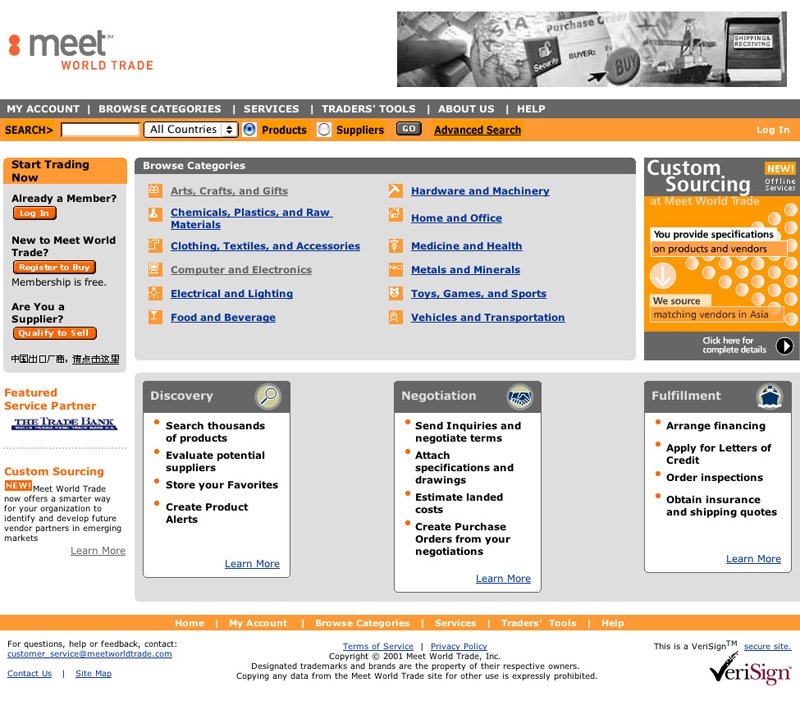 Meet World Trade was an e-commerce site dedicated to matching Asian suppliers with developed-nation manufacturers. I was the lead for design and production although my official title was User Experience Architect.

Preferring to work as hands-on designer, at various times I was asked to lead the front-end development team (working with .jsp, HTML, Flash) in addition to my lead design role.

As design lead I was responsible for coordinating a re-branding effort with various partners located throughout Asia, coordinating user experience with outside technology vendors, advertising and marketing, and day to day design and production.

I was also responsible for creating prototypes to demonstrate various proofs of concept. One such prototype was cited as a primary reason we were able to raise an additional $30 million USD after the market crash of 2000.